Therefore, remember that formerly you who are Gentiles by birth and called “uncircumcised” by those who call themselves “the circumcision” (which is done in the body by human hands)— remember that at that time you were separate from Christ, excluded from citizenship in Israel and foreigners to the covenants of the promise, without hope and without God in the world. But now in Christ Jesus, you who once were far away have been brought near by the blood of Christ.

Reflection – Ephesians 2:11-13 – Rejected By Birth, Saved By The Blood

Imagine a kingdom where you have no chance of being King because you are not in the royal family. By birth, you have already been rejected by the kingdom, so it doesn’t matter how hard you try, you can never be king.

This is the same for the kingdom of God. By being born in sin, we were automatically rejected from the kingdom of God and could never get back in. We were mocked by God’s chosen people (Israel) for being outcasts and gentiles. The death and resurrection of Christ however changed all that. We are no longer nonroyals but rather sons and daughters because we have been bought by the blood of Christ.

Though we were sinners by birth, we have been made partakers of the kingdom because we have accepted the currency of Christ’s blood as the price for our redemption. We are finally a part of God’s royal family and therefore been made heirs to the kingdom of God. Isn’t it great news?

We now do not fear or shake when others mock us for not being born into the kingdom of the circumcised. Now by simply believing and accepting your portion in Christ, you have been made part of God’s kingdom because of the blood of Christ. Some people go to war to spill their blood so their countries can be saved from slavery on earth for generations to come. Christ spilled his blood so that we could be saved eternally in paradise. 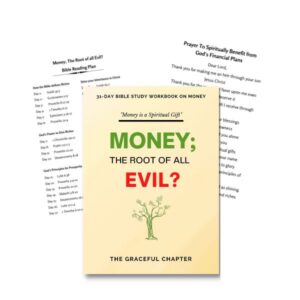 Money; The Root Of All Evil?: 31-day Bible Study Workbook on Money 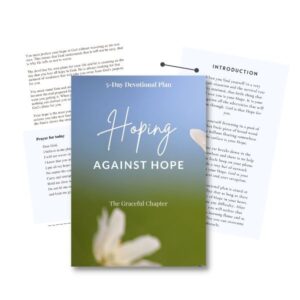 I accept my place in God’s kingdom.

Dear Lord
Thank you, God, for thinking of me
I was not born a royal
I do not enjoy the pleasures others do on earth
I was not born as part of your chosen people
But you have bought me with your blood into your kingdom
Thank you for this grace
Let me seize my place in you
Let me never stray from you
and let my soul be one with you forever
Amen

You may also enjoy:

As an Amazon Associate, I earn from qualifying purchases.